Published by Court Colman Manor, within the category of General News

If the modern Christmas season ever seemed like perfect madness, the festive traditions of Wales make for even more interesting reading. From the charming to the downright bonkers, here are some forgotten customs and seasonal surprises worth revisiting, or not as the case may be! 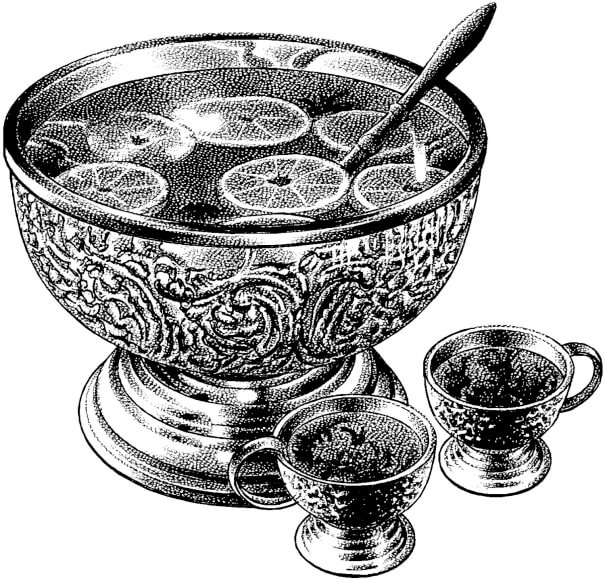 A Cup of Good Luck
These days in Wales, as in most of Britain, mulled wine is perhaps the most popular winter warmer. But it wasn’t always this way and the Welsh once preferred specially made mulled ale, better known as “Wassail”. Local recipes varied, but the basics were fruit pieces, spices and plenty of sugar to sweeten the bitterness of the ale (you could even try making your own, using a modern day recipe).

The act of drinking from the Wassail bowl was once one of the more popular New Year’s Eve traditions in Wales. This special mulled beer would be mixed and served from a large decorated bowl during celebrations. Besides delivering enough proof to make the drinker feel decidedly merry, drinking from the “Wassail bowl” was said to bring good luck to the imbiber.

Sweet Christmas Traditions
While modern day families buy their festive treats from the shops, distinctive homemade confectionary was once very much a part of Christmas celebrations in Wales. Family members would work together to make toffee or “Taffy” , to be shared with friends and relatives during the festive period, to be enjoyed along with songs and stories.

If you’ve never tried making your own toffee, it can be a fun experience and most Welsh "taffy" recipes are fairly straightforward (often no more than brown sugar, salted butter, lemon juice and water). The Baking for Britain website has a simple recipe and further curious history on this sweet Christmas treat. 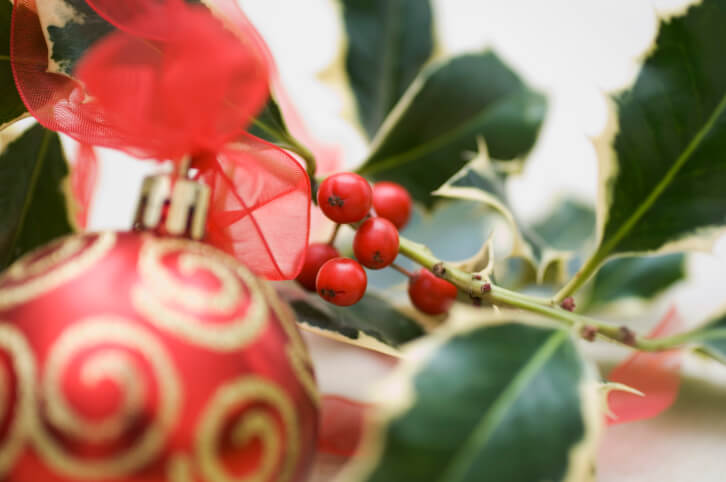 A Prickly Practise
For those who like a lie in on Boxing Day morning, some traditions are probably best left in the fog of previous centuries. “Holming” is certainly one of these. Aimed to punish the lazy, the practise was to punish the last person in the house to rise with spiky holly branches. Perhaps those who struggle to get moody teenagers out of bed might find this useful to revive for the 21st Century?!

A Bit of Horseplay
If whacking lazier family members with holly wasn’t enough mischief, Welsh festivities once also included a sinister practical joke involving a horse’s skull and local pranksters.  Known as the "Mari Lwyd," this would be decorated with bright coloured fabric strips and set up on a pole, so that the jaws could be open and snapped shut.

A gang of revellers would then take this around the local houses and knock on each door. Those who weren’t too terrified to open up would be challenged the to a battle of rhyme and verse. If defeated, the householder might invite them in for a drink or some home-cooked treats. It was a fairly raucous business and by the start of the 20th century it had all but died out, probably much to the relief of those of a nervous disposition.

A Festive Welsh Charm
In a curious echo of modern handmade wreaths and charms, the Welsh once had their own festive lucky charm in the form of the “calennig” (a Welsh word meaning “New Year gift”). This was an apple, on a base of three twigs and then studded with cloves and sometimes other adornments. It would be displayed in Welsh homes and was said to bring good luck and a successful harvest the following year. Just occasionally, you will still see these traditional festive decorations cropping up in Wales. Should you need a little extra luck in 2016, you could even make your own.

Join us for Christmas with a difference at Court Colman Manor Hotel
For the best in festive food with a delicious twist or two, why not join us for a Christmas feast or a well-earned break with all the trimmings this year? Our stunning country house setting near Bridgend is quite simply the perfect winter retreat! See our Festive Events page for sample menus and further details of our legendary Christmas parties.